After articles on Bordeaux and Paris, this week we'll look at the Belgian capital: Bruxelles. Halfway between the Netherlands and France, Bruxelles is a vast metropolis in which traffic can be dense. Thus, bike mobility can be a tipping point for transport in the city. With this idea in mind, "Bike for Brussels" was created in order to ease the life of cyclists and make most of the citizens ride bikes. This program allowed for a few services:

Like in Bordeaux, the city of Bruxelles has parking spots in the form of boxes to park bikes, there are 200 of those in the metropolis. Bicycles are completely hidden from view and weather. Each box has, on average, room for 5 bikes. It'll cost you 60€ yearly as well as a 20€ deposit. 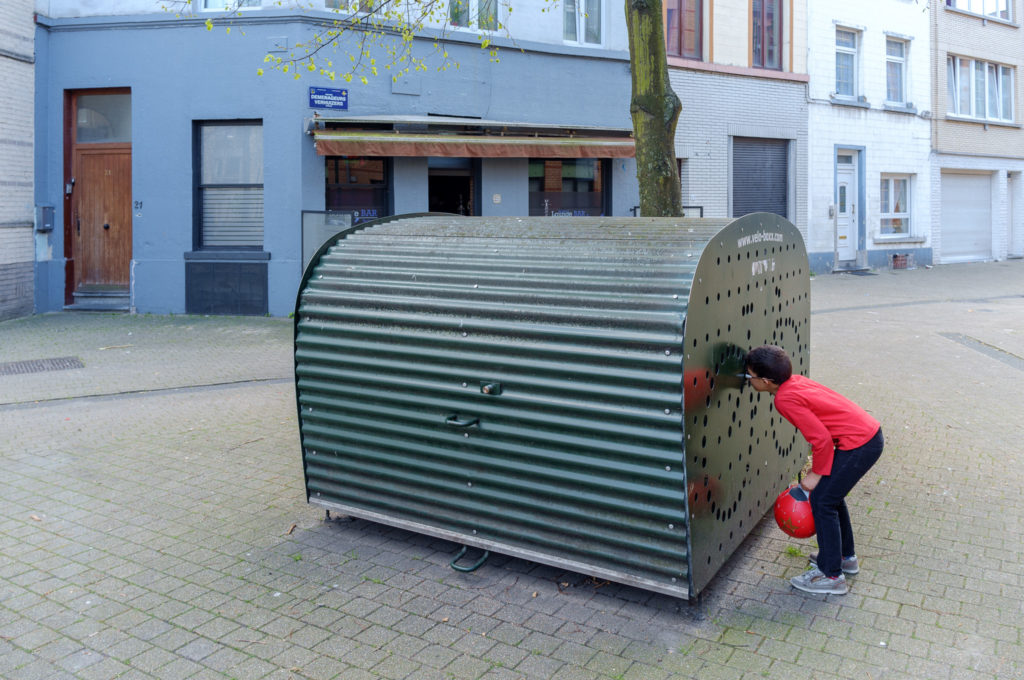 Similarly, community-driven shops are placed all the way around the city, to maintain and care for your bikes, tools are also available. Some shops even offer on-the-spot repairs, in a given radius around the shop, with the help of a cargo bike.

Bruxelles also created "bike light lane", a container transformed in an awareness center for the dangers of cycling without lights. This mini expo presented dangerous situations which weren't so dangerous anymore once the appropriate lighting was added. At the exit, a rear and front light kit was given to visitors. 2600 kits were distributed this way.

Moreover, the city has over 200 km of bike paths, all around the metropolis. A simple software is even available for you to plan your route, with the possibility to choose to ride "relaxed" or "quickly" depending on your needs.

Finally, and this is what most of you will be interested in, financial aid for the purchase of a bike. In order to obtain such a grant however, you need to get rid of your licence plate (and thus your car). This may be a bit more radical than in the other cities, but it can be more efficient in reducing the number of cars in cities while increasing the number of bikes.The city will grant you 500€ if you buy a bike (electric or not). This grant, Bruxell'air, also gives you access to "Cambio", a shared car service, for a year. You'll also be able to choose for a yearly subscription to the metro or streetcar of Bruxelles (if you don't like biking so much)

Subscribe to our newsletter so you won't miss any of our good deals and news!Sources: