How to limit the risks of your bike being stolen?

There are strong chances that your bike was stolen, at least once in your life. In fact, each year, around 400 000 bikes are stolen in France (only 6 % are found back). You then lost confidence in humanity and are stressed out every time you leave your bike without surveillance. No panic, these fews tips will give you all the chances to limit the risks of loosing your bicycle.


To prevent your bike being stolen, you first need to attach it somewhere, and for that you need a strong lock. You have to know that most thieves look first at the lock and then at the bike: if the bike is old and in poor condition but isn't locked, chances are it's going to be stolen anyway. Thieves prefer the least effort to obtain their loot. Among the best locks, brands like ABUS or Kryptonite, prefer "D" locks or big heavy chains. We recommend the price of the lock to be around 10% of the bike's price.


How to efficiently lock your bike?

You first have to find a solid anchor on the ground, namely hoops, pedestrians barriers or high posts.

Then, try to find a buzy place, where people are passing by, the fact that the bike is in plain sight will probably deter the thief, especially if he has to grind his way through your tough lock.

To efficiently lock up your bike, the wheels need to be attached too. For that, thread the lock through the rear/front wheel, then through the frame and finally around the post you found, like that: 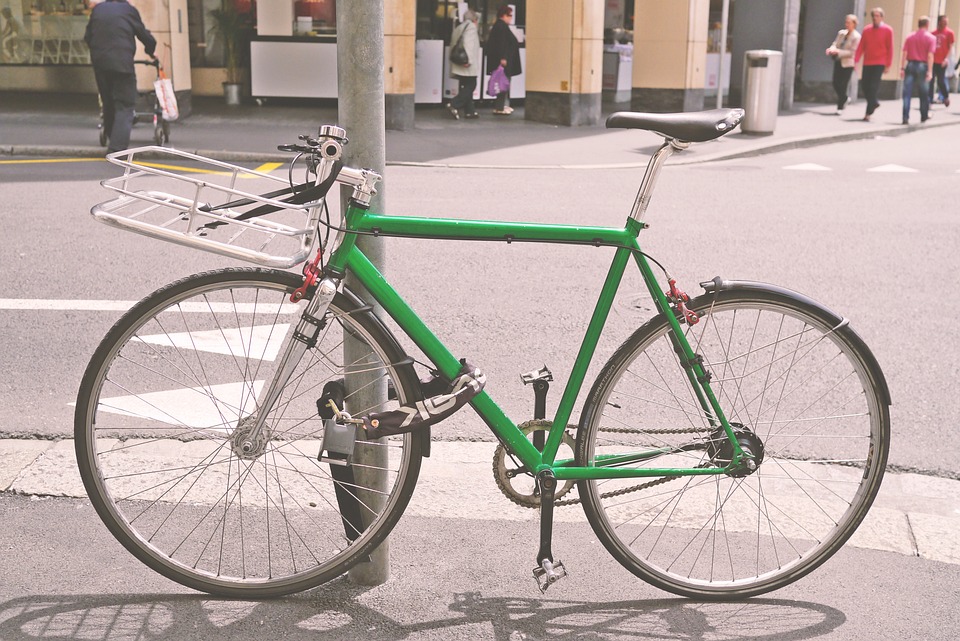 This prevents thieves from stealing one wheel (or even both). In bonus, if you have two locks, you can even repeat the same process for both wheels, for maximum security. Parts that can be unscrewed are still vulnerable (saddle, handlebars, racks...) but it's still cheaper to replace those than a complete bike or a wheel. So you have to link the wheels to the frame if you don't want to find your bike like this (the spot was right though, the hoop was closed and bolted to the ground): 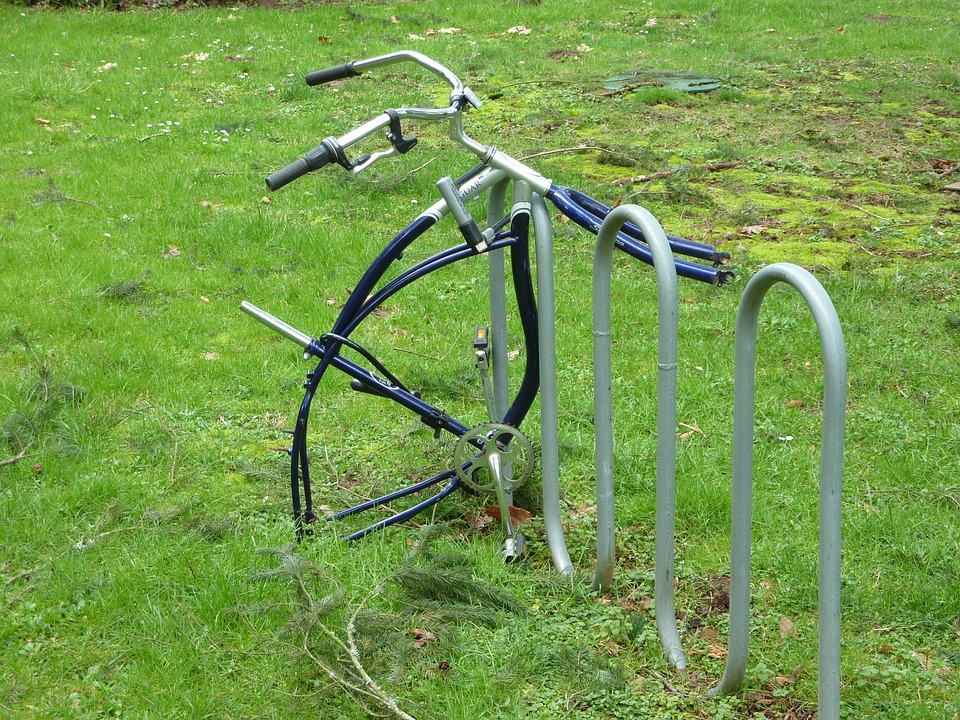 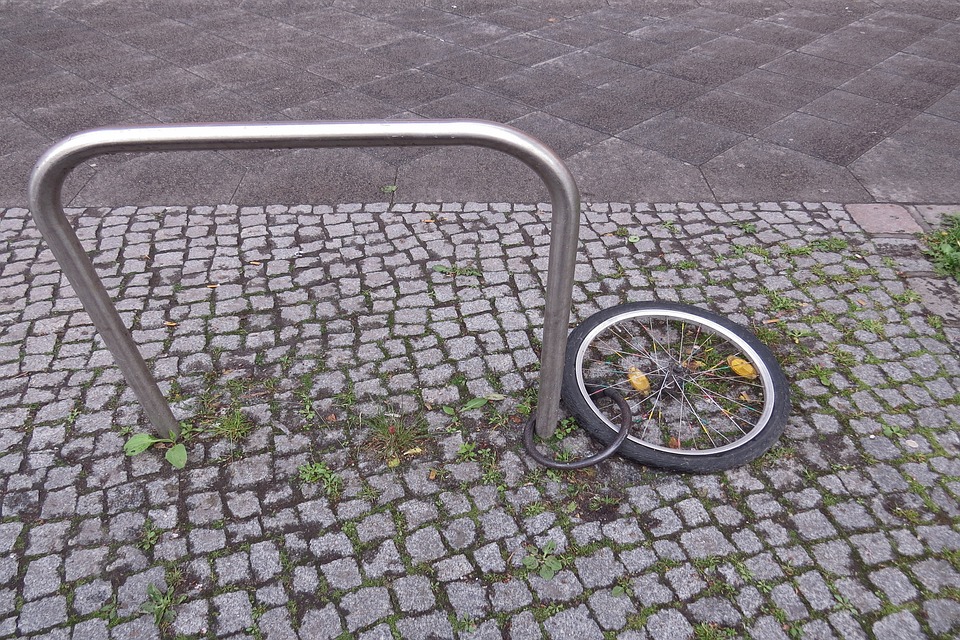 Finally, if you have an E bike with a removable battery, try to remove it when you leave the bike, thieves won't go far away without the battery (and who would want a bike with a huge hole in the frame?).


If in spite of all of this your bike still got taken away (and that's not likely if you followed those tips) there are some methods to find it back. First, you can etch a mark in your frame, some companies offers this alternative. They have a shared database with authorities which will allow them to prove that this is in fact your bike (provided that you filed a complaint about your bike being stolen). In fact, most bike thieves put up the bike on websites such as Ebay, and if you can prove that the bike they're trying to sell is yours, then you shall have it back. Another tip would be to put a small hidden note in the handlebars for example (only you would know its location and what it contains), proving that the bike is yours. Frame marking should be done preventively, but it still a good cheap method to boost the chances to get your bike back. If you want to be even faster and more precise at finding back your bicycle, you can install a GPS tracker in lights, in the frame... You'll then be able to know where the bike is exactly so that you can go get it back


To put it in a nutshell, if you like your bike, lock it every time, and learn to attach it well to put the odds in your favor.

We have, in a former article, presented this smart lock of our friends at Ilockit.

Subscribe to our newsletter so you won't miss any of our news and good deals!